Picture a sweet Swedish family on a ski vacation somewhere in the mountains, maybe the French Alps (my only references for these dislocated heights are Zauberberg and Frankenstein, via Mann and Mary Shelley). The party is composed of Mom and Pop in their mid thirties (Lisa Loven Kogsli; Johannes Kunhke), and a blond boy (Vincent Wettergren) and a girl (Clara Wettergren); the girl is also flaxen and Nordic and older than the boy by a year or two.

The place is blanketed by pristine snow. Purest white is the tone of this outlandish movie, Force Majeure, by Swedish writer-director Ruben Östlund.

The flesh is pink and bluish; the wood paneling is pale; the resort hotel is angular and tight. Everything is as calculated and cold as an “act of God”, which is also the meaning of the title. I can’t explain why a couplet from an old song by The Sugarcubes kept ringing in my ears, “Deus does not exist… But if he does he lives in the sky above me… He’s whiter than white and cleaner than clean…”

Their names are Tomas and Ebba and Vera and Harry. They ski. They circle and turn. They swoop lazily down the powdered slopes. They ascend to the summits in carefully choreographed funiculars. The movie is arranged by chapters: first day of skiing, second day of skiing, and so on. The first and second days are mostly uneventful, although for some ungodly reason danger is definitely in the air.

Perhaps it’s the cannons, firing away day and night. Snow is pushed down in gentle avalanches by innocuous fusillades. Snowplows roll in the dark, smoothing the runs for the morning crowds and keeping the forces of Nature in check with blade and blast.

On the third day there is some more skiing, and then everybody is off to lunch at a picturesque terrace overlooking the crevasses and the chutes, where the bangs of the Avalaunchers foretell a little trouble. This is called –what else– Avalanche Control, according to Tomas. Nothing to worry about. Ebba and her brood take note of the reassuring timbre. Happy campers enjoy a pleasant après-ski.

Against the fairness and the blondness: green windbreakers, glaring-red snowsuits, flashy sunglasses, shimmering hoodies in electric pink (cinematographer Fredrik Wenzel knows his snow). Because the movie is as superbly maneuvered as a cool confession I would dare call Force Majeure a hard-boiled psychodrama, if only an egg could be boiled in sleet.

The cloud approaches, slowly at first, providing ample time to those interested in aiming their smart phones towards the impending chaos. Surely, the huge snowball must stop short of the bistro and the happy families. We have nothing to fear. Tomas is one of those capturing the event for posterity.

A bunch of disoriented people run for their lives. Like a delicate snowflake, disbelief melts into panic. The Swedish word for avalanche, lavin, lavin! echoes in the mist. The whole place, the entire screen, is covered in white. The movie is now just empty space. The blank noise leaves ski tracks in the dark. Then people emerge from the fog, indignant, puzzled, flabbergasted, surprised and progressively happy. They start flocking back to their assigned places. Tomas was right, nothing has happened. The cold tsunami stopped one inch short of the tables.

But, wait a minute! Where the hell is Tomas? And why am I sinking my nails in the arm of my seat? Was this supposed to be another disaster movie? Aren’t Vera and Harry calling out their daddy’s name?

Tomas is the last one to return to the table where soggy crumpets, a stunned family and a half-finished egg await him. The stampede sequence, Tomas’ disappearance, and the return to routine occurred all at once with the warped normality of a magic trick. The moral consequences of Tomas cowardice emerge from the cold with the brutality of a Force Majeure.

What are the limits of deniability? Isn’t pusillanimity part of our moral makeup? To be a coward is to be wholly human. Entire races take to the mountains, to the suburbs, join civilian militias and retreat in fear to the desolation of the wild. Fight or flight: Tomas responded by fleeing. Ebba indicts him, her disenchantment is visceral and plucks at every flayed string of her soul. Now she turns against the one who, only a couple of scenes ago, was the ideal father and husband.

The children listen to their parents’ squabbling. Even the janitors, from their lower station, witness the heated exchanges taking place in the halls of the hotel. Tomas acts as if nothing has happened. He was there, all there, nothing but there. And, furthermore, everything’s a matter of opinion, just a damning matter of perspective.

Director Ruben Östlund’s film explores the depths of humiliation in the manner of a latter-day Ingmar Bergman. The chatty deconstruction of the perfect family brings to mind such classics as Scenes from a Marriage (1973), and Autumn Sonata (1978). Then, a second couple enters the picture: the Norwegian actor Kristofer Hivju (Game of Thrones, After Earth), in the role of an old friend of the family, and his young girlfriend Fanny (Fanni Metelius), the voice of the new generation. Both join in the conversation, and a lengthy debate ensues: on character, illusion, weakness and humanness.

Finally Tomas breaks down and pleads guilty: Yes, he ran for dear life. Later, Ebba lets herself be rescued from a blizzard so that Tomas may have his moment of redemption in front of the kids. Now Tomas looks positively heroic. Kristofer, who championed Tomas, is embarrassed in his own way (absentee father, womanizer), but later he too has a chance to help a mob of terrified tourists exit a disabled bus in an orderly fashion. Force Majeure ends in a bogus, albeit thoroughly human note of conviction and goodness. The lot of humanity is to pretend and to pardon. We play our roles. And let him/her who is whiter than white and cleaner than clean hurl the first snowball. 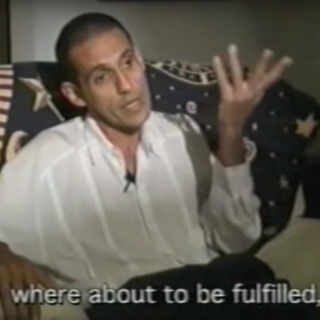